Holmfirth – Digley Reservoir to Good Bent and Stopes Moor round 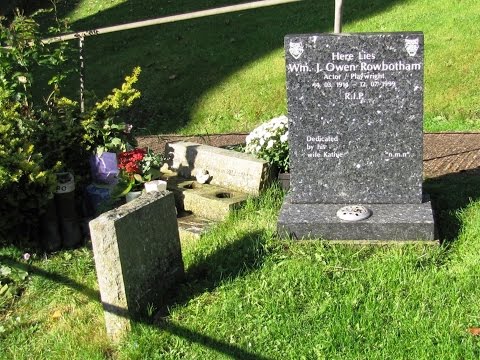 West Yorkshire is a metropolitan county within the Yorkshire and the Humber region of England and came into existence as a metropolitan county in 1974 after the passage of the Local Government Act 1972. The county is landlocked and consists of five boroughs the City of Bradford, Calderdale, Kirklees, City of Leeds and City of Wakefield and shares borders with the counties of Derbyshire to the south, Greater Manchester to the south-west, Lancashire to the north-west, South Yorkshire to the south-east and North Yorkshire to the north and east. West Yorkshire has the most built up and biggest urban area within the historic county boundaries of Yorkshire and lies almost entirely on rocks of carboniferous age which form the southern Pennine fringes in the west and the Yorkshire coalfield further eastwards. In the very east of the county there are younger deposits of magnesian limestone. The Bradford and Calderdale areas are dominated by the eastern slopes of the Pennines producing many steep-sided valleys with a network of roads, canals and railways. This large scale industry and urban area creates views of a wonderful mixture of open countryside, settlements and surrounding hills. The Yorkshire coalfield is a rolling landscape of hills, escarpments and broad valleys with many converted or derelict mine buildings and recently landscaped former spoil heaps. The magnesian limestone belt to the east of Leeds and Wakefield is an elevated ridge with smooth rolling scenery and dry valleys dotted with many country houses and estates with parkland, estate woodlands, plantations and game coverts. The River Aire and the River Calder drain the area, flowing from west to east. The River Aire is a major river flowing for 71 miles rising at Malham Tarn and after passing through West Yorkshire it enters the River Ouse at Airmyn in the East Riding of Yorkshire. Part of the river is canalised and is known as the Aire and Calder Navigation. The River Calder a tributary of the River Aire rises on the slopes of the Pennines at Heald Moor near Todmorden in Calderdale and flows for 45 miles before entering the River Aire at Castleford the confluence of the Aire and Calder.

The Peak District is made up of two areas The White Peak which is a limestone plateau of green fields with rolling hills and many dales and The Dark Peak (or High Peak) which is a series of higher, wilder and boggier grit stone moorlands. The Peak District is also known as the Derbyshire Peak District and also covers areas of Greater Manchester, Staffordshire, Cheshire, West Yorkshire and South Yorkshire. Although there are no prominent boundaries the central and most rural area of the Peaks lie within the Peak District National Park. The National Park, the first to be set up in Britain, covers 555 square miles three quarters of which lie within Derbyshire and the other quarter in parts of Cheshire, Greater Manchester and South and West Yorkshire and 12% of the park is owned by the National Trust a charity which aims to conserve historic and natural landscapes and does not receive government funding. The Peak District National Park Authority provides public facilities such as car parks, public toilets, visitor centres and also maintains the rural nature of the park although most of the land is still owned by the traditional landlords.

Holmfirth attracts thousands of visitors and fans of the television series “Last of the Summer Wine” every year to visit Sid’s Cafe, Nora Batty’s home and Steps, the Wrinkled Stocking Tea Room and the Summer Wine Exhibition. It is the longest running comedy programme in Britain and the longest running sitcom in the world. The cast has changed many times over the years with the original trio being Bill Owen as scruffy Compo, Peter Sallis as deep thinking Cleg and Michael Bates as snobbish Blamire and they always got themselves involved in daredevil stunts and boyish pranks. The late Bill Owen was heavily involved in the creation and design of The Summer Wine Exhibition and was keen to provide an interesting and memorable feature for visitors and was officially opened by Compo on Easter Saturday 1996 the 25th anniversary of the programme. The Wrinkled Stocking Tea Room named after the famous stockings worn by Nora Batty who is also a star of the series “Last of the Summer Wine” and appropriately named for it is situated next door to the TV homes of Nora and previously Compo. The Picturedrome Cinema is also popular and there are a wide range of shops, restaurants, wine bars, pubs and a variety of take-away to suit all pallets. There is a vintage market on Wednesdays, a general market on Thursdays, craft and food market on Saturdays, a farmers market every third Sunday and various special markets throughout the year. Holmfirth with its wonderful scenery across the Holme Valley is also popular with walkers and wildlife enthusiasts. Watch out for the wildlife beside the river you never know what you may see. There are many walks and cycle routes so why not head out for the hills, with your camera, where you will find peace, fresh air and panoramic views all year round. The most popular walks are Digley Reservoir, Blackmoorfoot Reservoir, Ramsden Reservoir, Holme Valley Riverside Way, Holme Valley Circular Walk, Holme Moss View Point and Holmbridge and Holme Walk.

Compo the lovable scruffy working class pensioner in Last of the Summer Wine was born William John Owen Rowbotham better known by his stage name as Bill Owen. He was born in London on 14th March 1914 and became an English actor and songwriter. Bill made his first film appearance in 1944 and starred in many of the early Carry On films he also had a cameo appearance in Brideshead Revisited and featured in several Lindsay Anderson films including O Lucky Man and In Celerbration. In the 60’s he had a successful second career as a songwriter with compositions including the hit Marianne recorded by Cliff Richard. Bill Owen achieved lasting fame in the 1970’s when he took the role as William “Compo” Simmonite in the long running British sitcom Last of the Summer Wine. Owen’s character as scruffy Compo was exploited by the bossy characters, firstly played by Michael (Balmire) Bates the second being Brian (Foggy) Wilde followed by Michael (Seymour) Aldridge and Frank (Truly) Thornton for dirty jobs, stunts, and childish escapades while their docile friend Norman Clegg, played by Peter Sallis, just followed along watching with a smirk on his face. The series started in 1973 and finished in 2010 and Compo, Clegg and Foggy still remain the favourite threesome throughout the 37 years of the Last of the Summer Wine. William John Owen Rowbotham was awarded an MBE in 1976 for his steadfast work for the National Association of Boys Clubs and for his role as chairman of the Performing Arts Advising Panel. He was also the subject of “This Is Your Life” in 1980 when he was surprised by Eamonn Andrews in Trafalgar Square. Bill Owen carried on working until his death on 12th July 1999 from pancreatic cancer and is buried in St. John’s Parish Church, Upperthong, near his beloved town of Holmfirth.
Digley Reservoir is very picturesque and can be walked all the way round crossing a bridge that separates it from Bilberry Reservoir. This beauty spot has two car parks one at either end of the Dam. Digley Quarry car park is the larger one with a picnic area whilst Digley South car park is smaller with no picnic area. The River Holme flowing through the Holme Valley starts from Digley Reservoir and is then fed firstly by the run off stream from Brownhill Reservoir then by Dobbs Dike. The river a tributary of the River Colne flows for 8.6 miles through Holmbridge, Holmefirth, Thongsbridge, Brockholes, Honley, Berry Brow and Lockwood before it joins the Colne just south of Huddersfield town centre at Folly Hall.

The Kirklees Way is a 72 mile waymarked footpath. It opened in 1990 and includes the Upper Colne Valley, Spen Valley and Holme Valley.

After visiting Holmfirth and Compo’s resting place in St John’s Parish Church at Upperthong we drive up to Digley Reservoir and park in Digley Quarry car park. We make our way towards the entrance and take the path up a ramp and turn right at the information board. We follow the track past an old quarry then bear left downhill between the walls and into the trees. We keep following the track, with the reservoir on our left, until it splits into two. We bear right uphill past a seat, we are now on the Kirklees Way. The track turns right then at the junction of tracks we turn left. We head forwards ignoring two footpaths going off to the right and continue forward on Nether Lane passing a derelict building called Bartin. After passing Goodbent Lodge we head forwards for a short way and take the footpath on the left, going off the Kirklees Way, over a stone stile. We head forwards over the field go through a gate and bear slightly left downhill to a stream and the remains of an old building. We cross the stream and follow the track uphill. The track bears right round Good Bent and after about half a mile it bears left round Stopes Moor. We then head forwards go through a gate and follow the walled track, Issues Road, through the field system. Ignore a track going off to the right and just before a building we turn left onto another track between two walls and follow it slightly downhill. When the track turns sharp left uphill we turn right downhill on a little path with no sign post towards the reservoir. We pass through some trees with a little stream down on our right. We go through a little gate head forwards then turn right through a gate and over a little bridge. We now head forwards following the track with Digley Reservoir on our left until we come to Digley South car park and the road. We turn left onto the road go over the head of the reservoir and make our way back to Digley Quarry car park.

This is an easy walk on good paths and tracks on part of the Kirklees Way. There are some gradual gradients.
Elevation: Approx lowest point 244m (800.5ft) approx highest point 399.7m (1311.3ft)

Digley Reservoir is south west of Holmfirth in the District of Kirklees, West Yorkshire.

From the M1 coming from the north take junction 39 and take the A636 to Denby Dale then turn right onto the A635 and follow the A635 into Holmfirth. In Holmfirth at the main traffic lights turn left onto the A6024 to Holmbridge. On entering Holmbridge take the little road on the right just before the church and a sharp left hand bend sign posted Digley Reservoir. Follow the road for about ¾ mile. At the junction bear to the right for Digley Quarry car park which is then on the left and for Digley South car park bear left at the junction over the head of the reservoir and the car park is on the right. Both can also be reached from Holme.

Parking: There are two free car parks at the reservoir Digley Quarry and Digley South.