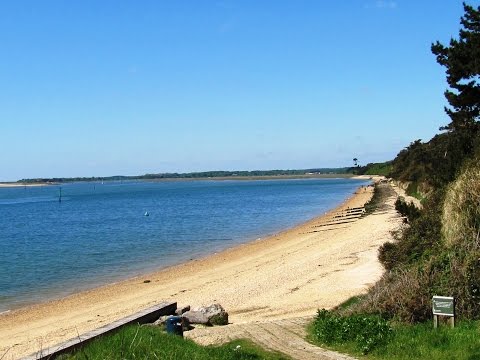 The New Forest and its National Park is a wonderful and beautiful place situated in Hampshire down in Southern England. The New Forest National Park was created in March 2005 after six years of consultations. A national park authority was established in April 2005 and gained full statutory powers in April 2006. The park covers 140,000 acres and includes many existing Sites of Special Scientific Interest (SSSI) and lies mainly in south-west Hampshire from east of the Avon Valley to Southampton Water and from the Solent coast to the edge of the Wiltshire Chalk Downs. The Forest is a living and working place with so many thatched cottages, hidden gems and secrets making it a haven for walkers, cyclists, horse riders and tourists. To enable you to enjoy the forest to its full potential is to leave the car and get out there and explore. There are many circular routes, which can be found in the tourist information places, with picnic areas and toilet facilities. There are also guided walks where experts will tell you about the forest, its history and wildlife etc.  There is also the New Forest Tour which is an open top bus taking you on many routes round the forest and villages and you can hop on and off where ever you like. This is fun for everyone and ideal for people who cannot walk far or are disabled. The New Forest Museum and Visitors Centre in Lyndhurst is the best place for any information and advice. The main attraction of the New Forest is the wild ponies that roam free but are actually owned by New Forest Commoners. There are approximately 3,000 ponies and have lived here for about 2000 years. The foals are born in the spring and summer and they are a delight to see. In the summer and autumn each year Pony drifts are held so that the commoners can sell their stock and the job of tail clipping and veterinary checks can be done at the same time.

The New Forest River Restoration Project is a massive project to help restore the New Forest to create a better place for people and wildlife along its rivers. The New Forest National Park Authority, the lead partner for the project, are working with the Forestry Commission and Natural England to restore 2,700 hectares of the New Forest that has been damaged by past drainage activities in the 19th and 20th centuries. The New Forest is designated a Site of Special Scientific Interest and the work started in April 2009 and will finish in March 2013.

The Solent is the strait that separates the Isle of Wight from the mainland of England. Being about 20 miles in length it varies in width between 2½ and 5 miles but the shingle at Hurst Spit which projects 1½ miles into the Solent narrows the sea crossing between Hurst Castle and Colwell Bay to just over a mile. The Solent sheltered by the Isle of Wight has a very complex tidal pattern and is a major shipping route for passenger, freight and military vessels. It is also very popular area for water sports, especially yachting and it is here that the Cowes Week sailing event takes place yearly.

Lepe is a hamlet on the shore of the Solent located at the mouth of the Dark Water, a river that flows south from a source in the New Forest. Lepe once housed a harbour and in 1744 a shipyard was created where HMS Greenwich, HMS Fowey and HMS Europa were built but the harbour silted by 1825. A coastguard station was built to combat smuggling in the area. The coastguard cottages and the Watch House remain largely unchanged. In the 18th century Lepe House was an inn called The Ship Inn, but was later enlarged and renovated to become a country house. In 1943 the Royal Navy used the house as the base J.1 Assault Group for the D-Day landings.

Lepe, close to the Beaulieu River, is now home to the site of the Lepe Country Park. Located in the very south-eastern corner of the New Forest the park takes in about a mile of coast with some sand but mainly shingle and mudflats at low tide. The main area of the park is the large grassy lawn at the top of the cliffs lined with pine trees, a fantastic place to relax with a picnic or for the more active a game of rounders or football. There is also a large play area with swings and monkey bars for youngsters. There are a number of benches providing some of the best views in the New Forest National Park. The park has two large pay and display car parks one by the lawn area and one on the beach where there is a restaurant and tearooms, an Information Centre and public toilets. On the side of the restaurant buildings there are some information boards describing the important role that the beach and surrounding area played during the Second World War. Remains of the defences can be seen at the eastern end of the beach. In winter Lepe can be cold and windy so is a popular spot for windsurfers.

Exbury is a village close to the Beaulieu River and only a few miles from Beaulieu village. The village is best known as the location of Exbury House built by the Rothschild family and Exbury Gardens. The Rothschild family still own much of the land in the area. Exbury Gardens covers 200 acres with over 250 years of gardening history. There is something for every generation to enjoy from the world famous displays of the Rothschild Collection of rhododendrons, azaleas, camellias and rare trees and shrubs to riverside walks, the steam railway, play area, tearooms and art exhibitions. Explore the 20 miles of pathways, three woods and parkland on foot, by chauffeur-driven buggy or travel on the steam railway. For a bite to eat there is Mr Eddy’s Tea Rooms and shop and two picnic areas. The gardens of all seasons are open daily 10am – 6pm from early March to early November.

This is an easy walk on minor tarmac roads and tracks, grass paths and tracks through fields and woodlands.

Lepe Country Park is on the south coast of the New Forest, Hampshire.

From the M27 take junction 2 and follow signs towards Hythe and Fawley on the A326. At the roundabout at Holbury turn right towards Blackfield and Langley then follow brown tourist signs to Lepe. Car parks are on the left.

Parking: there are two car parks, one on the beach and the other above the beach both are Pay and Display £6 for all day.