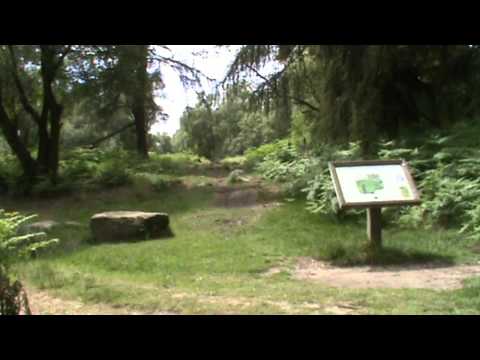 Derbyshire is a county in the East Midlands of England and includes a large part of the Peak District National Park. The southern end of the Pennine Hills extends into the north of the county and the county also contains part of the National Forest. Derbyshire borders on Greater Manchester to the northwest, West Yorkshire to the north, South Yorkshire to the northeast, Nottinghamshire to the east, Leicestershire to the southeast, Staffordshire to the west and southwest and Cheshire also in the west. Derbyshire is known for being a diverse county with cities, towns and villages set in outstanding countryside with industry and leisure working together. Its main city is Derby, which although steeped in history, is one of Britain’s youngest cities and was awarded its Charter by HM the Queen in 1977. Derbyshire is a mixture of rural economy in the west and coal mining was the industry in the north and south and also in the Erewash Valley. The landscape varies from arable country in the flat areas of the south of Derby to hill farming of the high grit stone moorlands of the southern Pennines to the north of the city. The county is also rich in natural resources such as lead, iron, coal and limestone. The arrival of railways in the late 19th century and early 20th century led to a large number of stone quarry industries and although they have left their mark on the countryside today stone quarrying is still a major industry.

The Peak District is made up of two areas The White Peak which is a limestone plateau of green fields with rolling hills and many dales and The Dark Peak (or High Peak) which is a series of higher, wilder and boggier grit stone moorlands. The Peak District is also known as the Derbyshire Peak District and covers areas of Greater Manchester, Staffordshire, Cheshire, West Yorkshire and South Yorkshire. Although there are no prominent boundaries the central and most rural areas of the Peaks lie within the Peak District National Park. The National Park, the first to be set up in Britain, covers 555 square miles three quarters of which lie within Derbyshire and the other quarter in parts of Cheshire, Greater Manchester and South and West Yorkshire and 12% of the park is owned by the National Trust a charity which aims to conserve historic and natural landscapes and does not receive government funding. The Peak District National Park Authority provides public facilities such as car parks, public toilets, visitor centres and also maintains the rural nature of the park although most of the land is still owned by the traditional landlords.

Birchover lies within the Peak District National Park about 5 miles north-west of Matlock. It is a lovely village with rows of cottages clustered along the road. The village has a camp site, a church and two pubs the Druid Inn and the Red Lion. Joseph Freeman the horror writer based a story here “A Room of his Own” in his first book “Love Stories of the Undead”. Birchover is a great place for walking and exploring with Stanton Moor on the hillside above and Harthill Moor on the opposite side of the valley. In and nearby Birchover there are a number of features of geologic and historic interest. Behind the Druid Inn is Rowtor Rocks a small gritstone tor containing caves, tunnels, flights of worn stone steps and several finely balanced rocking stones it also has a wonderful view over the valley to the Robin Hood’s Stride. At the top of the village there is an active and important stone cutting works and behind this are quarries where high quality gritstone is extracted for building purposes.

Stanton Moor which overlooks both the Derwent and Wye valleys has been used as a resource for farming, wood and stone for thousands of years. People settled here in the Bronze Age four thousand years ago and have used this special place as a site for funerals and ceremonies, farming, quarrying and recreation. There are several prehistoric monuments including Doll Tor, ancient enclosures, standing stones and a number of stone circles on Stanton Moor and are of such interest to archaeologists that the whole area is protected. Many of the monuments such as burial cairns and house sites over the years have become hidden amongst the heather. The most famous is the Nine Ladies Stone Circle situated at the centre of the moor owned by English Heritage. The stone circle erected by Bronze Age people living on the moor is made up of nine upright gritstone stones less than a metre high and a separate additional flat stone, about forty metres away, known as the King Stone. The circle was a special area for our ancestors where rituals and ceremonies took place concerned with living and working, life and death. Today Druids and Pagans flood here in their thousands to celebrate summer solstice. Most of the other popular stones around the moor are of natural origin and include the Cat Stone, Cork Stone and Andle or Aingle Stone and they all have legends connected to them mostly with Druids. The eastern edge of the moor is now owned by the National Trust and includes a strange square grit stone tower which was raised as a monument to commemorate the first Great Reform Act of 1832.

This is a great family walk.

From the Druid Inn we head forwards through the village past Barn Farm and camping site. We keep heading uphill along the road to a t-junction we turn right sign posted Stanton Lees. We pass a quarry and at the top of the hill we turn left over the stile. We head forwards uphill past the information board and go straight over at a crossroads of paths. At the next crossroads of paths we turn right and follow the path as it bears left slightly downhill for a short way. The path then levels out towards the trees. Just after entering the trees we see a tower on our right. We take the track on the right to go and have a closer look then return back to the track we were on and continue forward. We come to a track and turn left to the Nine Ladies Stone Circle. At the information board we turn right and follow the path until we come to a gate. We do not go through the gate but turn left with the fence on our right. We follow the path which after a short way bears to the left. We cross over a fallen tree and follow the path round to the right with the fence still on our right. At the fence corner we keep heading forwards. We come to some open ground and we bear slightly left following a faint grassy path. We pass a quarry on our right and keep heading forwards past two more quarries on our right until we come to a bent tree. We turn left here and make our way to the trig point to view the landscape. We then return to the path we were on and continue forward to a large rock called Cork Stone. We turn left and follow the track to a crossroads of tracks. We turn right heading down to a stile and the road (we walked up this small stretch on the way up). At the road we turn right and after a short way we turn left at the public footpath sign. We follow the path to a gate go through and bear left round the end of Barn Farm campsite. At the farm we bear left to some picnic tables and then right following the public footpath sign on a gravel track round the back of the buildings. We go through a gate head forwards then turn right through a squeeze stile at the sign post for Birchover. Head forwards and follow the farm drive way to the road. At the road we turn left back through the village to the Druid Inn and our parked car.

This is an easy to moderate family walk on good paths and tracks with some inclines and declines.

Start point: Birchover next to the Druid Inn pub.

Birchover near Matlock in the Peak District

From the M1 take junction 29. Take the A617 westwards to Chesterfield. At Chesterfield take the A619. At New Brampton take a left turn onto the A632 towards Matlock. Just after a mile take a right turn onto the B5057. Cross straight over the A6. Pass through Darley Bridge, Wensley and Winster. At the crossroads turn right onto the B5056. After about 1½ miles take a right turn for Birchover. The Druid Inn is on the right.

There are public toilets in the village and two pubs the Druid Inn and the Red Lion. The nearest towns with plenty of facilities are Matlock, Matlock Bath and Bakewell.