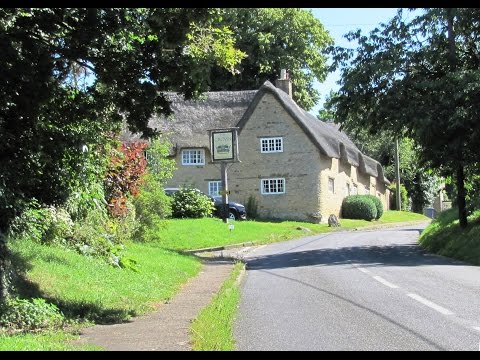 Oxfordshire (abbreviated Oxon) is a county in South East England bordering on Warwickshire to the north-north west, Northamptonshire to the north-north east, Buckinghamshire to the east, Berkshire to the south, Wiltshire to the south west and Gloucestershire to the west. The highest point is White Horse Hill, in the Vale of White Horse, reaching 216 metres (856 feet). Its main city is Oxford the home of the University of Oxford. Other main towns are Banbury, Bicester, Kidlington, Chipping Norton, Carterton, Witney, Thame, Chinnor, Abingdon, Wantage, Didcot, Wallingford and Henley-on-Thames. There is much to do in Oxfordshire with activities such as country walks, cycling, sailing and punting and also many places to visit such as churches, historical buildings and in the Oxfordshire Cotswolds some wonderful idyllic villages. There are many TV and film locations, you can follow in the footsteps of Harry Potter or visit the locations of Downton Abbey. Bampton doubles as the fictional village of Downton. The Swan Inn at Swinbrook, Cogges close to Witney and Shilton a picturesque village near Burford have also been used in the filming of Downton Abbey. There are a number of companies offering Downton Abbey themed tours.

The villages of Church Enstone and Neat Enstone face each other across the River Glyme and are collectively called Enstone. Enstone along with the hamlets of Chalford, Cleveley, Fulwell, Gagingwell, Lidstone and Radford is the largest civil parish in Oxfordshire. Church Enstone houses a 17th century pub, the Crown Inn and a church St Kenelm’s. The earliest parts of the church are Norman but the building has been rebuilt in stages since the 12th century. St Kenelm’s is a Grade II listed building. The Prime Minister, Mrs Theresa May, spent her childhood in Church Enstone where her father Hubert Brasier was the Reverend at St Kenelm’s Church for twelve years.

There are some lovely walks along the River Glyme including the Glyme Valley Way which is a 16 mile walk from Chipping Norton, following the path of the River Glyme, to Woodstock. The walk showing the rich history and value of the county’s countryside is a joint project between our Countryside Service and BBC Oxford as part of the celebrations for Oxfordshire’s 1000th birthday. It can be broken into smaller sections using public transport.

Shakespeare’s Way which opened in 2006 is a long distance footpath that runs for 146 miles between Shakespeare’s birthplace at Stratford-upon-Avon and Shakespeare’s Globe at London. From Stratford the path follows the valley of the little River Stour, crosses the Oxfordshire Cotswolds then goes through Blenheim Park and Woodstock before passing through the city of Oxford. It now heads over quiet country through which the River Thames flows before crossing the wooded Chiltern Hills and dropping down into the Thames Valley at Marlow. It then follows the Thames for a short while before going through wood heathland to Iver and West Drayton. It then follows a green corridor running parallel to his probable route in the shape of the towpath beside the Grand Union Canal then from Brentford it follows the Thames towpath to reach Shakespeare’s Globe.

This is an easy walk on good paths and tracks and through fields. There are some inclines and declines.

Church Enstone near Chipping Norton in the Cotswolds, Gloucestershire.

From the M40 take junction 11 and take the A422 towards Banbury. At the third roundabout take the first exit onto the A361 towards Chipping Norton. Take the left turn onto the B4022 bear right at the y-junction past Great Tew. At the staggered crossroads with the B4030 turn right into Church Enstone. Park at the side of the road or turn right into village for more roadside parking between the pub and church.

Parking: free road side parking on the B4030 or near the pub or the church.

There are no public toilets the nearest ones are Chipping Norton. For refreshments there is the village pub, The Crown Inn. There is another pub which reopened as Artyard Cafe on a bend of the A44 at nearby Neat Enstone where there is also a post office and general store. There are more pubs and cafes at Chipping Norton.