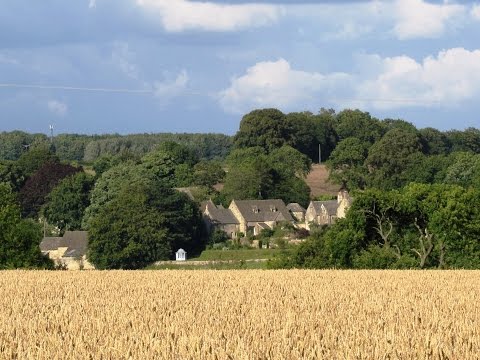 Miserden a lovely village located 4 miles east of Stroud and also close to Gloucester, Cirencester and Cheltenham, lies in the Cotswolds at 800 feet above the valley of the River Frome. The village consists of attractive stone cottages, the majority with Cotswolds stone roofs, St Andrews Church, a village hall, a Primary School, a Post Office and Shop and a pub, the Carpenters Arms. Miserden Castle was built in the 12th century by Robert Musard and was used in the battle and siege scenes in “Brother Cadfael’s Penance by Ellis Peters. Miserden Estate which covers almost 3,000 acres and includes the majority of the village of Miserden has been owned by the Wills family since 1913. The estate has a history going back many hundreds of years and the 17th century Manor House at the heart of the estate stands high overlooking the beautiful valley. Miserden Park Gardens also set high above the valley is an unspoilt garden with wonderful views across the former deer park to extensive woodland beyond. It was created in the 17th century and still retains a wonderful sense of peace and tranquillity. The gardens of Miserden Park are open to the public from April to October and Miserden Nursery is open from March to October.

The Carpenters Arms, originally a carpenters shop, is a traditional 17th century Cotswolds pub. It became a pub about 100 years ago and still retains a 5 foot ingle look open fire place, oak beams and pictures of Miserden on the walls. The village and the pub were recently used as a film set for the new production of Lauree Lee’s “A Cider with Rosie” which was shown on the BBC in September 2015. The pub was chosen for its traditional and unspoilt looks. Laurie Lee’s successful autobiographical novel “Cider with Rosie” in 1959 allowed him to become a full time independent writer. The novel is an account of his childhood in the village of Slad in the period soon after the First World War. In 1960 Laurie Lee returned to Slad, the much loved village of his childhood, with his wife after buying a cottage with the proceeds of the novel. He wrote two more follow up novels “As I Walked Out One Midsummer Morning” in 1969 and “A Moment of War” in 1991. He remained in Slad until he died in May 1997 at the age of 82 and is buried in the Holy Trinity Churchyard.  “Cider with Rosie” continues to be one of the UK’s most popular books and is often used as a set English literature text for school children. Laurie Lee’s first love was always poetry but was only moderately successful as a poet. His first poem appeared in the Sunday Referee in 1934.

Caudle Green and Brimpsfield are two very small attractive villages the latter housing the Church of St Michaels with lovely views and the site of an old castle.

This is a moderate walk on tarmac roads and tracks also on grass and stony paths and tracks through woods and fields. There are some moderate inclines and declines.

Miserden is near Stroud in the Cotswolds, Gloucestershire.

Parking: Free roadside parking in the village and also in the car park next to the school.

There are no public toilets the nearest ones are at Stroud and Chalford. For refreshments in Miserden village there is a pub the Carpenters Arms and a small shop. Nearby on the B4070 there is the Fostons Ash Inn near Birdlip, the Royal George in Birdlip and the Golden Heart Inn at Nettleton near Brimpsfield.