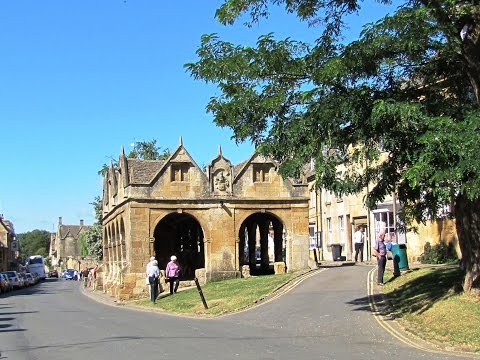 Worcestershire is a county steeped in history and boasts miles of The Great Outdoors across rolling countryside and winding waterways. It borders Herefordshire to the west, Shropshire to the north-west, a small part of Staffordshire to the north, the West Midlands to the north east, Warwickshire to the east and Gloucestershire and the northern edge of the Cotswolds to the south. The Malvern Hills and the spa town of Malvern lie on the southern part of the border with Herefordshire. It is a county of arts and culture as well as having many historic houses, museums, country house gardens, two arboreta and Britain’s premier steam railway. Worcestershire’s towns and villages play an important role in everyday life but it also offers a varied experience for visitors exploring the area, including the historical city of Worcester, the quaint honey-coloured Cotswold village of Broadway and Great Malvern set high on the slopes of the Malvern Hills. The cathedral city of Worcester is the largest city and Redditch is the largest town. During the Middle Ages much of Worcestershire’s economy was the wool trade and many areas of its dense forest, such as Malvern Chase, were royal hunting grounds. In the 19th century Worcester was a centre for the manufacture of gloves, Kidderminster became a centre for carpet manufacture, Redditch specialised in the manufacture of needles, springs and hooks and Malvern became a centre in the rise in English spa towns due to Malvern water being believed to be very pure, containing nothing at all. From Roman times Droitwich Spa being situated on large deposits of salt was a centre of salt production. The county is also home to the world’s oldest continually published newspaper the Berrow’s Journal.

The Cotswolds are a range of hills covering an area of 25 miles across and 90 miles long and lie mainly within the counties of Gloucestershire and Oxfordshire but extend into parts of Wiltshire, Somerset, Worcestershire and Warwickshire. The spine of the Cotswolds runs southwest to northeast through the six counties particularly Gloucestershire, west Oxfordshire and south western Warwickshire. The Cotswolds have been designated as the Cotswold Area of Outstanding Natural Beauty and is the largest AONB in England and Wales. The northern and western edges of the Cotswolds are marked by steep escarpments down to the Severn Valley and the Warwickshire Avon and this escarpment is often called the Cotswolds Edge. On the eastern boundary lies the city of Oxford and on the west is Stroud. To the southeast the upper reaches of the Thames Valley and towns such as Lechlade, Tetbury and Fairford mark the limit of this region and to the south the boundary reaches beyond Bath and towns such as Chipping Sodbury and Marshfield. The Cotswolds are characterised by attractive small towns and villages built of the underlying Cotswold stone, a yellow limestone, and drystone walls many built in the 18th and 19th centuries can be seen everywhere in the fields. The most well known towns or villages are Bourton-on-the-Water, Broadway, Burford, Chipping Norton, Cirencester, Moreton-in-Marsh, Northleach, Stow-on-the-Wold, Stroud and Winchcombe. During the 13th – 15th centuries the native Cotswold sheep were famous throughout Europe for their heavy fleeces and high quality of wool. Cotswold wool came at a high price and the wealth generated by the wool trade enabled wealthy traders to leave their mark by building fine houses and beautiful churches, known as “wool churches”. Today the sight of the sheep on the hillside is still one of the most common features of the Cotswolds. Worcestershire is a county steeped in history and boasts miles of The Great Outdoors across rolling countryside and winding waterways. It is a county of arts and culture as well as having many historic houses, museums, country house gardens, two arboreta and Britain’s premier steam railway.
Chipping Campden is a lovely market town in the Cotswold district of Gloucestershire with an elegant long and broad High Street flanked on either side by an almost unbroken single terrace made up of many different architectural styles. The honey-coloured Cotswold stone buildings date from the 14th century to the 17th century. In 1970 the High Street and much of the rest of the town was officially designated a conservation area to preserve the ancient town for centuries to come. The ancient Market Hall was built in 1627 by Sir Baptist Hicks costing £90.00. It was built to provide shelter for the local market selling cheese, butter and poultry. Each corner of the building has a pediment and each gable had a window which is now blocked up. The side arches have stone balustrades and the floor is paved with stone. In the Middle Ages Chipping Campden was a rich wool trading centre visited by wealthy wool merchants but today it is a popular tourist destination with old inns, hotels, restaurants and specialist shops.

Dover’s Hill is a natural amphitheatre of grass and woodland on a spur of the Cotswold scarp about a mile northwest of Chipping Campden and the wonderful views are extensive over the surrounding countryside. Dover’s Hill is home to the Cotswold Olympic Games founded by the lawyer Robert Dover in 1612 long before the modern Olympic Games were established and were held on Thursday and Friday of the week of Whitsuntide. He originally organized the games as a protest against the growing Puritanism. After being banned twice over religious and land disputes the Cotswold version of the games were revived in 1966 and are held on the first Friday after the Spring Bank Holiday. A huge bonfire and firework display mark the end of the games followed by a torch-lit procession back into the town and dancing to a local band in the square. The Scuttlebrook Wake takes place the following day. The Olympic torch passed through Chipping Campden on 1st July 2012.

Broadway Tower at 20 metres (65 feet) tall stands on ground at 312 metres (1024 feet). It is the highest little castle in the Cotswolds and the second highest point on the Cotswold Ridge. Overlooking Broadway this lovely Saxon tower was designed by James Wyatt in 1794 to resemble a mock castle and built in 1799 for Lady Coventry. Broadway Tower built on a beacon hill where beacons were lit on special occasions is a perfect example of an 18th century Gothic folly from which it is possible to view an expanse of a 62 mile radius and as many as 16 counties across the Vales of Evesham and Gloucester and on a clear day across the Severn Valley and as far as the Welsh mountains. Over the years the tower was home to the printing press of Sir Thomas Phillipps and served as a country retreat for artists William Morris and Edward Burne-Jones in the 1880’s. William Morris was so inspired by the tower and other ancient buildings that he founded the Society for the Protection of Ancient Buildings in 1877. Broadway Tower has been featured on many TV programmes and in cinema films such as Sherlock Holmes, The Gemini Factor, Interceptor, Crush and many others. Near the tower is a memorial to the crew of an A.W.38 Whitley bomber that crashed there during a training mission in June 1943. Broadway Tower is now a tourist attraction at the centre of a country park with exhibitions connected with its past and the surrounding area. There is a gift shop and restaurant and there is a fee to climb to the top of the Tower.

Broadway often referred to as the ‘Jewel of the Cotswolds’ is a village in the Worcestershire part of the Cotswolds. It lies beneath the Worcestershire hills attracting visitors from all over the world drawn to the beauty and attractions of this charming Cotswold stone village. The ‘broad way’ is the wide grass-fringed main street centred on The Green which is lined with red chestnut trees and honey-coloured Cotswold limestone buildings, many dating from the 16th century. Broadway is a centre for arts and antiques and a great destination in which to explore the Cotswolds or to see the horse racing during Cheltenham Gold Cup week it is also a great place to stay whether for the day, a short break or a holiday. The long distance footpath the Cotswold Way passes through the village which is popular with hill walkers. Part of the route from the village to Broadway Tower situated on top of Broadway Hill is very popular it maybe a steep climb but it is well worth it.

The Cotswold Way is a 102 mile long national trail that runs from the market town of Chipping Campden in the north to the World Heritage City of Bath in the south. The route runs for most of its length on the Cotswold escarpment which is a ridge through the Cotswolds Area of Outstanding Natural Beauty. Along with its stunning views it passes through many picturesque villages and close to a number of historic sites. In 1998 the trail, after much lobbying, was approved by the government for its development as a National Trail. It is a very special designation and was formally launched as a National Trail in May 2007. The trail is said to be the best marked trail in England. In some locations the Cotswold Way is being diverted from its old route along new and improved paths. Where this occurs the old path will remain open but will no longer be signed as the Cotswold Way. The Cotswold Way has been twinned with a scenic coastal walk in South Korea to become one of the World’s first ‘friendship trails’.

This is an easy to moderate walk, using some of the Cotswold Way, on paths and tracks along lanes and through fields. There are a number of gates and stiles and some inclines and declines.

Chipping Campden, in the Cotswolds, Gloucestershire.

From the M40 take junction 15 then take the A429 towards Moreton-on-Marsh. At the roundabout joining with the A3400 Stratford-upon-Avon and Shipston-on-Stour head straight over still on the A429 and after about 3 miles take the B4035 on the right to Chipping Campden. There is a one way system.

Parking: There is a car park in the Market Place (50p per hour) and at the back of the church. Free road side parking along High Street and Lower High Street. There is also a free car park at Dover’s Hill.